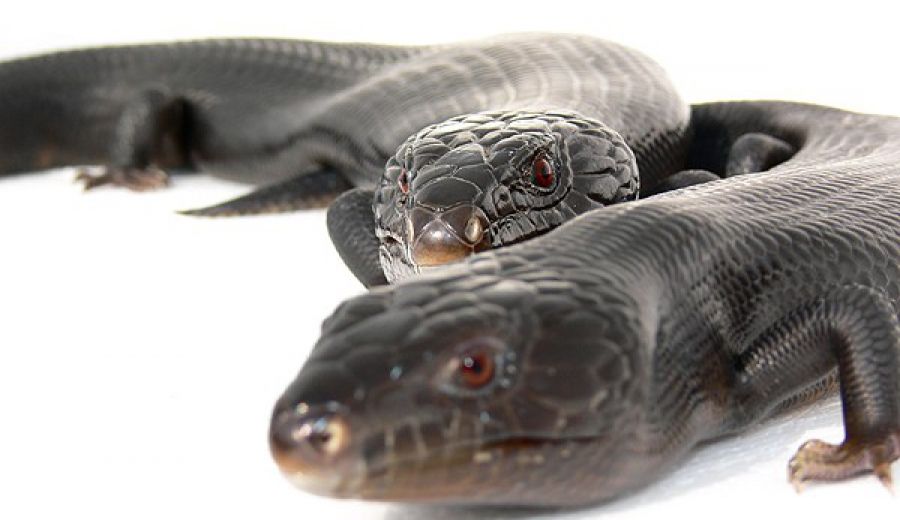 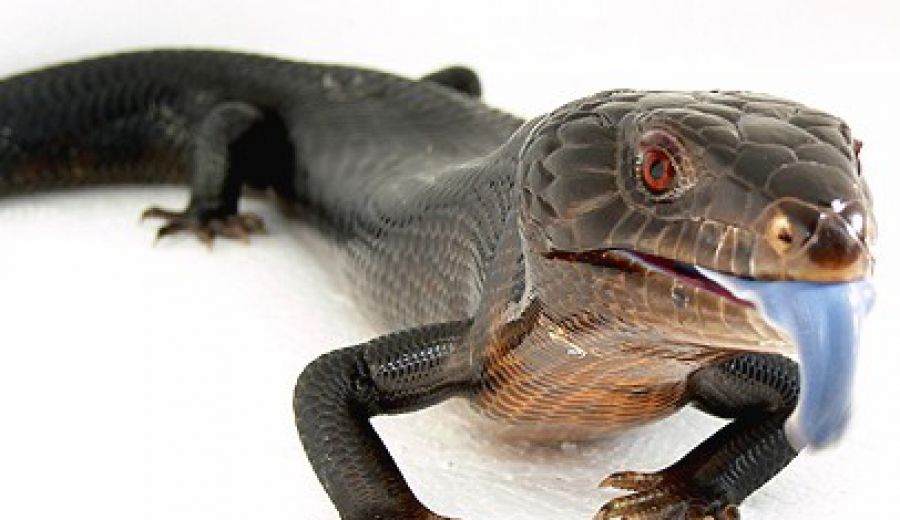 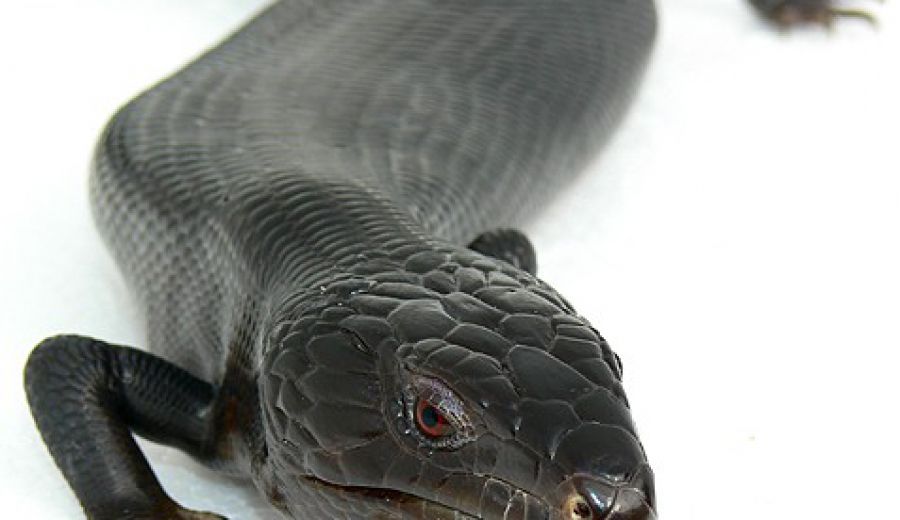 The Melanistic Blue tongue skink is in a class of it’s own. This glossy jet black lizard with bright blue tongue and orange underbelly steals the show. This mutation has two forms a co-dominant form, and a super form which is the all black blue tongue skink. Offspring from Jet Black Blue Tongue x normal blue tongue skink produces normal patterned skinks that exhibit hints of the trait that range from slightly darker skin tones to dark brown side patterning that turns darker with age. There is a large variation in the appearance of Black Melanistic x Normal offspring, some being almost indistinguishable from normal blue tongue skinks. It is for this reason we may often refer to them as “het for melanistic” and the all black form as ”melanistic”

How much is it to ship domestically?

How much is it to ship internationally?

Is there a minimum for international shipping?

When will my order ship?

When should I feed my snake after arrival?

My snake has been refusing feeding, what should I do?

How big will my snake get?

How long will my snake live for?

What should I cage my snake in and how should I clean it?

Should I put anything specific in its cage to give it a comfortable habitat?

Are all snakes on your site pictured still available?

Unless stated otherwise, all of the snakes pictured on our site are available. 12. Can I receive more photos before making my decision?

Can I receive more photos before making my decision?

At Roussis Reptiles, we dedicate undivided attention to capturing quality photographs of each of our available ball pythons. We ensure that the photographs on our website are accurate representations of the snakes and will not provide additional photos.

Do you offer payment plans?

What is your Healthy Animal Guarantee?

What should I do if my Ball Python refuses it's first feeding attempt?

What should I do if my Ball Python continues to refuse feeding?